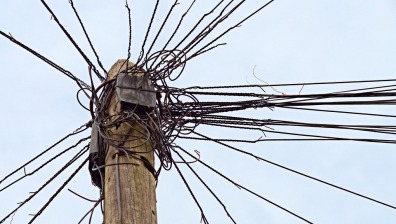 Continuing to build a Smart Home and the number of Hubs increasing, I came across what is a common problem over the weekend. My Hive decided to show a “No Signal” on the Thermostat, a Red light on the Receiver and the Hive App saying that it couldn’t connect to the system.

Luckily the internet was at hand and I could obtain a set of instructions on how to reset everything and connect it back up. Unfortunately this didn’t seem to work. So onto the Hive chat and an operator helped me to reconnect everything. Great…….except the following day the system was back in the same state of not working.

Resorting to speaking to someone and helping me to diagnose the issue, the main issue was that the WiFi channel being used was dropping in and out and the units were not getting a good signal. Strange as nothing has changed recently with my home networks or Smart Home additions.

A full factory reset on the hub and allowing the hub to automatically choose a different WiFi channel that isn’t busy seems to have fixed the issue. Although the Hubs and Smart Devices are supposed to be auto-negotiating it would appear on the surface that there are still challenges that need to be resolved going forward.

As we introduce different Smart Home devices to our homes, the chances of conflicts increase and the challenge to identify whats causing the issue increases.

So what can you do to help?

I’ve put some links below for further reading. 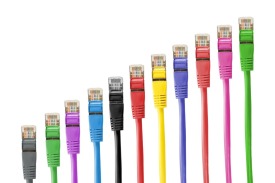 Following on from my blog post outlining an A-Z of Digital, here is “N is for Networks”.

Networking in general is well known and understood as its an integral part of the worlds infrastructure today. In this post I will cover two areas at a high level where there is significant developments going on – Neural Networks and 5G.

A Neural network is a network that is modeled on a biological brain and nervous systems pathways (synapses) that allows computations to take place at speed and across many nodes.  Neural networks have been used across a vast number of tasks but are probably best recognised  today as the underlying network of AI (Artificial Intelligence) and Machine Learning.

You are using neural networks in your every day lives without knowing it with things like the voice activated assistants Alexa, Siri, Google Home, Cortana, which deploy neural networks at the back end to provide the basis of the AI and machine learning algorithms that take your voice commands and transact the outcomes based on the instruction. These networks are constantly being developed and improved to provide the services of today and tomorrow.  There are lots of other services that we use daily that have neural networks behind them.

Businesses are looking at neural networks as part of their move to AI and machine learning, especially as neural networks are becoming easier to use with availability via online services for developers, scientists, companies or even a home user to start to consume.

A great site to play with a neural network and look what they can achieve is at Tensorflow (Google).  http://playground.tensorflow.org/ Here you can operate a neural network in your browser and increase and decrease the input and hidden layers to change the output. 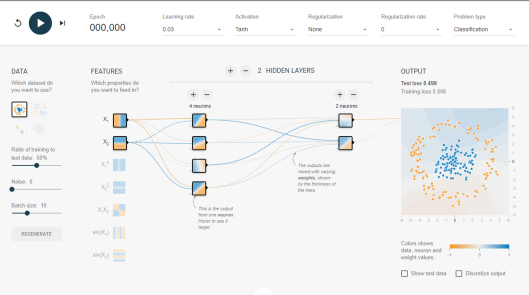 One of the latest developments in networking and mobile communications is 5G (the fifth generation of wireless systems). A set of criteria that 5G should fulfill has been set out by the Next Generation Mobile Network Alliance:

There are currently field trials of test networks across the world operated by some of the telecom providers using the 28GHz spectrum band and development in to using Drones across the 5G networks.

5G will not only provide improved bandwidth to mobile devices, but provide the next generation communications infrastructure to things like autonomous cars requiring a low latency (around 20Gbps download, 10Gbps upload speeds and 1ms latency) and the IoT (Internet of Things) allowing a greater performance for large scale deployments.

The timescales for 5G are expected around 2020 for a release of the networks following development and testing till then.