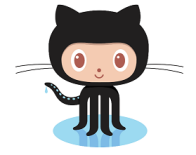 The event was well attended and there was a good buzz around the conference. GitHub Marketplace was launched at the conference and some of the initial vendors in the Marketplace demonstrated how their applications can be used in the lifecycle of coding. You could watch demos and chat to the companies at their vendor stalls to gain further information.

GitHub as a platorm

World moving to a new world of API’s. Moving on from SOAP to REST to what’s next.What is the future of API’s:

There were a number of sessions held in either the Build or Grow track which attendees could join.

I went to sessions in both tracks including the session on Building Interconnected Workflows which featured companies in the newly launched Market Place. Heard from these companies on how their products could be used in conjunction for a full code project lifecycle, which was interesting and good to hear.

There was a good session on Women in IT from Amy Dickens from the University of Nottingham which also covered topics of diversity and how workplaces and attitudes can change to make a difference.

The closing session was run by Marc Scott from the Raspberry PI Foundation who gave an overview of the Foundation, what it does and how the community can help review projects and sumbit projects for others to practice, learn from and enjoy. Also helping by joining local coding groups to pass on knowledge.

Sessions were streamed and Im hoping that replays are availble to catch up with the sessions I couldnt get to.

Unfortunately I could not get to todays workshop sessions but again hoping for streams of these following the event.