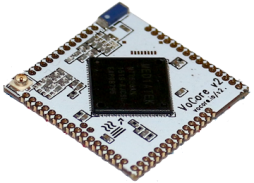 Searching round on the crowdfunding sites for things that are coming, I found the VoCore2 on iniegogo.

VoCore has already had an v1 early release and is now heading for a v2 release in January 2017. The cost of this board is $4, although as you start to add the additional boards the cost can go up to around $50.

VoCore2 is a open source linux computer and a full functional wireless router but its size is smaller than a coin. It can perform as a VPN gateway to secure your network, an airplay station to play loseless music, a private cloud to store your photo, video and code. Benefit for its small size and low power consume, it can be easily mounted in wall, help you boost wireless signal in every room or setup house based mesh network.

What I do like about this design is that its small and compact and can be used for a lot of different purposes:

Its ability to be added to an existing ethernet socket and add heaps of functionality to the socket and its open source makes this device interesting for me, as well as its ability to then act as a wifi extender from that socket.

I would like to look at what could be done with it to provide additional IoT Security to a device plugged in/connected to a network utilising this board. So looks like another board on the wish list to have a go on.

Pin Outs for the board: 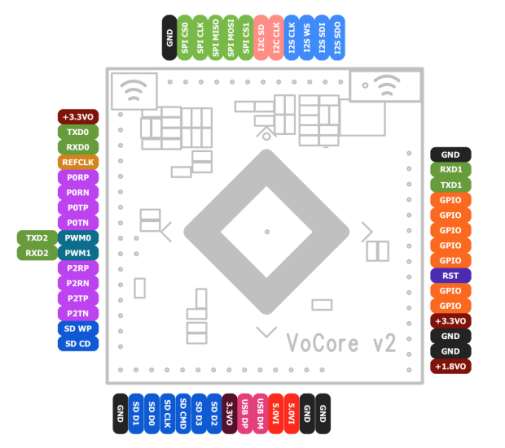