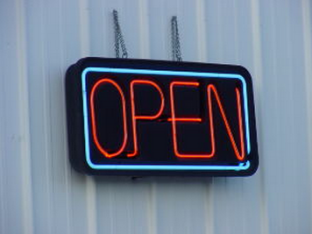 n Source is a term that is now common place  meaning access to the inner workings of a thing to allow a wider community of people to help develop and take it forward. A good example of this is in software. The Internet is full of Open Source Software projects that people are developing and collaborating on, sharing data.

A project by the Personal Genome Project is now looking to take the idea of Open Source to the next level with Open Humans. The project is looking for volunteers to Open Source themselves and publicly share data about their health to further science and medical fields. The project does state though that you can choose what data you share.

Open Data is a term relating to data that can be shared openly and freely. An example of this are the data sets freely available by governments such as Data.gov and Data.gov.uk.

By 2020 it is predicted that with a world population of 7.6 billion, there will be 50 billion connected devices. That’s 6.58 connected devices per person. Some people have that now with phones, tablets, wrist devices, glasses etc. Each device capable of producing a lot of data on usage, actions, etc. How much of this data will be private vs open is yet to be determined and the ability to opt in and out need to be clearer for people to understand.

A report in todays BBC News claims that yet more personal data is being sold illegally. This time pensions data (Pension data ‘sales’ investigated by watchdog) . However as we take more steps towards the IoT (Internet of Things) are we able to keep track of our data and how it is used or are we heading towards an Open Sesame bonanza of data treasure being opened, taken and sold on.

Open Sesame is a magical phrase used by Ali Baba to access a secret cave of treasure. In this case the treasure is data!